In Episode 3 of “this is what i do when i should be…” we explore Michigan’s Upper Peninsula, not far from Hemingway’s boyhood haunt of Walloon Lake near Petoskey. Other side of Mackinac Bridge in Lake Huron lie Les Chenaux Islands, where we were graciously hosted by Nina Abnee, daughters Louise Keshaviah & Ellen Abnee, & son-in-law Mayank Keshaviah—who also happens to be a cousin and L.A.-based playwright.

We passed a week on the channel between U.P. & La Salle Island in a legendary family cabin called Big Cottage among the good company of LCI regulars (most notably Uncle Duker and his campfire pancakes, & Peter Allen & Susan Heuck who lodged above Captain Bing in the nearby boathouse to make room for our large gathering of cousins, nieces, nephews… & Bocci champs). 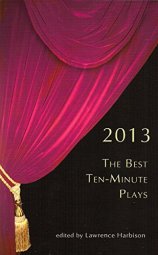 In this episode Vikram speaks “Giddish”, recounts a treasure hunt, and narrates a fish tale, while Mohan tells us how pirate booty can be used to make pig booty. The literary discussion at minute 4 turns to a production of “The True Story of the Big Bad Wolf” as written, directed, & performed by the younger cousins, and at minute 10 Mayank K. tackles difficult questions on the life of a playwright. What is the process, how long does it take, and what role do actors play in the final version of a work? Mayank’s success so far includes bringing six of his plays to production, and seeing three published in The Best Ten Minute Plays series (2012, 2013, 2015, Smith and Kraus, Inc).

Hope you enjoy this week’s podcast, “this is what i do when i should be… leaving Cedarville” (complete with breakfast background noise). As always, we welcome your feedback and look forward to responding in the next episode.