Tuesday I flew to Delhi, this kitchen knife concealed in my shoulder bag. Security missed the 5-½” blade.

Wednesday my phone blew up during a seminar I was conducting with 90 colleagues, a deluge of messages from Mumbai, much of the city underwater, including the 5km stretch between my son’s elementary school and home.

A concerned neighbor pulled him out moments before a 3-hour early release. Busses departing 15 minutes later had to turn back against chest-high floods, and 200 kids, some as young as three, spent the night at school. 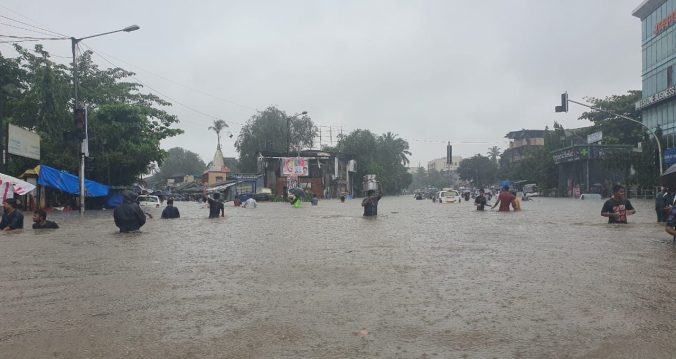 Thursday school in Mumbai did not open. I conducted another seminar in Delhi, then went on a strange journey in search of a Gandhi figurine, targeted by a likely fraudster who’d followed me from the hotel and won my confidence, as fraudsters do. I may have overpaid for my Gandhi-ji, but I like him just the same.

That night I discovered a conflict between my next-day’s 21:30 return to Mumbai and my son’s 19:15 ortho appointment.

Friday morning a credit monitoring service sent two alerts after months of silence. Midway through my final seminar, I was asked to return a call from the FBI. A new hero of mine worked to secure an early departure out of Delhi.

Passing through security for my 15:15 flight, the agents found the blade in my shoulder bag and kept it as a souvenir.

In Mumbai, rain and a local festival worked against my 30-minute margin to reach home from the airport in time to take my son for braces. But I made it.

Saturday morning India’s lunar lander lost communications with the mothership, establishing a family joke about the spacecraft’s namesake, Vikram—just like my son with his wired-shut mouth.

The FBI’s concern, it turned out, related to a water tragedy half a world away.

A week of disruptions. The rains continue.

6 thoughts on “It Rains, It Pours”