A compilation of posts recalling my Peace Corps service in Malawi (1996-1998).

I’ve always felt a strong connection Paul Theroux, due largely to our shared legacy as Peace Corps Volunteers in Malawi. When I expressed reluctance about taking an assignment teaching English there in the 90s, the recruiter suggested I read My Secret History, part of which was inspired by Theroux’s experience as an English teacher in Malawi in the 60s. I found the book funny, intelligent, irreverent, and most importantly: exotic. So off I went to Malawi. 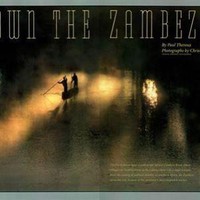 It’s two decades later, and while I claim no personal connection to him, Theroux’s become a fixture in my household. He’s part of the long-running repartee shared by husbands and wives over the course of a marriage. I enjoy Paul Theroux, and his work figures prominently in my growth as a writer. My wife, on the other hand, thinks him a toad.

My wife keeps a curry plant to flavor her beautiful Indian cooking. Our boys have taken to snapping off the greenest leaves and eating them raw. Their chewing fills the air with a sharp, fresh scent. Yesterday, the plant was brought indoors—frost—to spend the night on our low kitchen table. When the boys found it there this morning, they couldn’t resist eating curry patta (leaves) with their oatmeal. 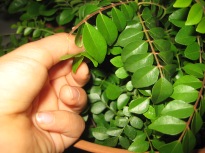 The episode stirred a cherished memory from my earliest days in the Peace Corps (my wife and I served as education volunteers in Malawi from 1996-98). I arrived at the school many weeks before the term began and decided to pass the unfilled days climbing Mt. Mulanje with a good friend, Mr. Smith. We hadn’t received our first month’s allowance, so our supplies were limited, and on the last day of our expedition we had nothing left to flavor our Jungle Oats© but the dusty remnants from a tin of Rajah Curry©. We laughed about it then, all the harder knowing how funny it would seem 20 years later to have eaten curried oats.

When the Peace Corps recruiter called to offer Pete Seward a position teaching English in Malawi Seward asked, “Where’s that?”

Seward thought about that.  Where the application had asked for geographical preferences, Seward had written: “Anywhere in the Pacific.  Definitely not Africa.”  So he reminded the recruiter of this.

Seward had no real answer.  His distaste for Africa was conceptual.  Africa loomed large as a dustbowl, riddled with disease, starvation, and conflict.  An assignment in the islands was more his speed, the proper blend of adventure and simplicity, minus the nagging question of hunger, disease, and drought.  Unsure of how to convey this without appearing callous Seward said, “Africa’s dry.  Africa’s dusty.”