Hate-speech promoter Pam Geller reminds me of Jerry Seinfeld’s dentist, Tim Whately and his quest for total joke-telling immunity. When Jerry tells Father Curtis he thinks Whately converted to Judaism for the jokes, the priest asks, “And this offends you as a Jewish person?” 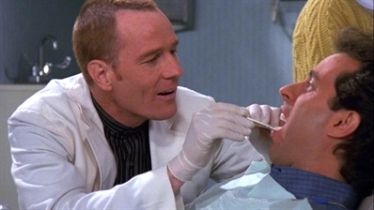 “You have no idea what my people have been through.”

Geller’s irrational defense of her bigoted “draw-a-cartoon-of-Mohamed” conference in Garland, TX offends me less as an American (though she makes our nation seem entirely racist, hateful, intolerant, and childish); her crusade offends me most as a writer.

Now, I’m no ISIS sympathizer or apologist for bullies. I’m no anti-Dentite. But is sticking your finger in somebody’s eye an act of courage? Is it the defense of free expression? Or is it just a petty means of inciting a violence far out of proportion to the original act? The results in Garland, and January’s dark hour in Paris, give us the answer.

What the shallow, small-minded Geller doesn’t seem to understand is that her promotion of hate speech, wrapped in the Red-White-&-Blue ideal of protected expression, jeopardizes the very right she pretends to defend.

Now she has the cheek to accuse President Obama of raising the stakes?!

As a professional interested in protecting the freedom of expression, it’s this posturing that bothers me most.

3 thoughts on “Hands Off My Free Speech”