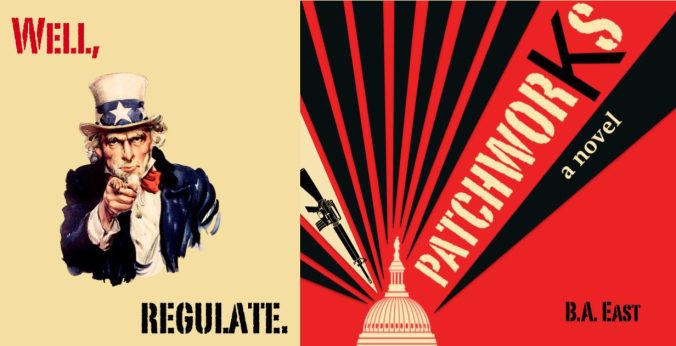 Shutdown 2018 continues unabated, and so do excerpts from life at the  government’s Bureau of Government Intelligence and Execution—better known as BOGIE. What happens when DC’s ‘Fed Buffet’ closes its doors—and its payroll—on the public servants who work to prevent  America’s next tragedy?

Furloughed, you say? Is this what you signed up for?

“How do you arrive at your fair decision and fair rotation on furloughs?”
“For starters, I’ve swung the axe against those positions that would cause us the least disruption. So all office vacancies are hereby furloughed.”
“How much did that save us?”
“It saved us nothing, but that is beside the point. It was a swift, powerful management action for which I will be credited. So while it cost the office nothing, it earned the office a great deal of credit.”

Read all of Excerpt 2.

Assigned to the Bureau of Government Intelligence and Execution—BOGIE for short—Gabe helps investigate government inefficiency. The role provides a broad view of how the country is run, and a close-up of the people who run it.

From analyst Manny Teague who can’t stop talking about his kids to boss Ralph Dvorak who aims to shut Teague up; from young Chloe Gilchrist planning her wedding to the predatory Harcourt bracing for divorce; from Miles Miles who’s old and lonely, to the interns he mentors who believe in true love, Gabe’s co-workers are models of humanity amid bureaucratic dysfunction.

Already stressed over a looming government shutdown and threats to financial security, how will this frazzled group react when real tragedy strikes in the guise of yet another school shooting?