Rather than dwell on my dislike for all things Oscar Awards, trying to unravel the reasons for my disdain, I’ll revisit one thing I do love about Oscar: his utility as an early alter-ego. 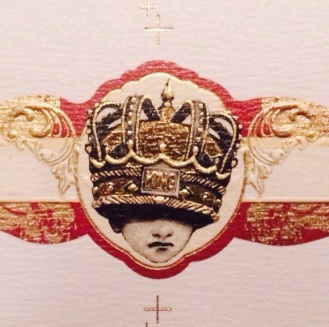 ‘Oscar Keye is dead and I am free,’ I wrote in 2016, soon after delivering my latest manuscript to the publisher. ‘Freedom…!’

Fiction always begins as escape, a jailbreak, a mad dash for wild, unknown parts. Fiction itself is freedom, turning the mundane into the extraordinary.

As master of this space I evade boredom: invent a foot fetish here, set up an improbable love affair there. Turn a harmless momma’s boy into a vicious boss, his barbershop quartet face photoshopped onto his mug-on-a-mug mug. Swallow the shredder guy’s tie in his equipment and install elevators no one can use.

These oddities and more can be found in Patchworks, my novel exploring government paralysis and the unceasing threat of annihilation by gun violence. (Doubters only need check the latest reports of armed rage in the guise of Coast Guard Lt. Christopher Hasson to understand how real the threat remains.)

Five years ago, alter-ego Oscar Keye, scripted as The Artificial Intelligence of Oscar Keye, breathed life into Patchworks. I’m grateful. I liked Oscar Keye. But now he is dead.

Keye was just an ordinary servant, a workaday commuter, a bland victim of his environment. The fiction process turned him into three men: fatigued senior manager Howard Graves; Manny Teague, the middle-aged family man who can’t stop talking about his kids; and the bewildered graduate intern on the fast path to disillusion, Gabriel Dunne. It was Keye who got off the train at Foggy Bottom, but by the time he trudged up the street to his dreary federal office he embodied trinity. His perspective disappeared, replaced by a dozen views: those who helped and those who hindered, friends and foes, antagonists, meddlers, wise-guys. Beasts.

Despite these inventions, over time the novel became a prison. Graves’ mysterious Mason Jar of fluids; Teague’s endless childhood fart jokes; Dunne’s quest to ‘improve government;’ these skeletal structures soon became inflexible rods, cell bars and prison stripes, locking me into their own visions of life inside routine.

Having delivered the manuscript, I could breath again. I looked into new tropes: a food truck; a drive-time radio host; a boy trapped indoors building fanciful cityscapes out of old shoe boxes…

I was free to invent again.

Until the invention, too, imprisoned me.