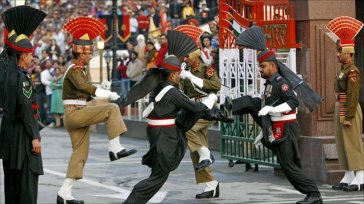 For weeks I’ve been grappling with the lack of an end to coronavirus anxiety. Now we know.

Not that I expect the virus to stop spreading in three weeks, but at least I have a target length for this most exigent phase—the necessary measures to flatten the disease’s trajectory.

My coping mechanism has always been to count down from the end. I survived the first day of school knowing I had 179 more to go. I counted back the weeks left of service during the early months as a Peace Corps Volunteer, when things were at their most difficult. Sometimes I console myself by dabbling with numbers related to my retirement eligibility date (understatement!).

With coronavirus, though, I can’t even count up from a particular point. There are so many to choose from:

Was it in December, when we first learned about what was going on in Wuhan (waaay over there…)?

Was it January 19th, the day my son’s school cancelled their long-anticipated trip to Singapore to compete at Model U.N. because of the growing storm?

Was it that week in March the family discussed cancelling our trip to Punjab, where we hoped to visit the Golden Temple and see the Indian and Pakistani militaries face off at the Wagah border? Well, they shut the border and cancelled the daily ceremony and that decided things for us.

Was it ahead of March 10, when the government discouraged us from adorning each other’s faces with bright colors to celebrate Holi?

On Sunday, we joined a nationwide quarantine, spending the entire day indoors, even when the 0700-2100 curfew was extended until 0900 the next morning.

Finally, last night, Prime Minister Modi put an end to these incremental shifts for addressing the threat of COVID-19. And I’m ok with that.

I’m sure new restrictions, and possibly easements, will continue to be introduced along the way, but at least now I can start counting down.

Just like I’m counting down the 222 days until November third (understatement!).