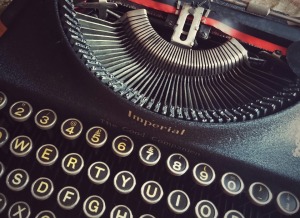 I tailor-made an essay for an in-house blog last month. Labored over 500 words and thought it a shoe-in. But they passed. The rejection would’ve stung if I thought the piece was lousy. This was for a blog, but the rejection didn’t hurt: I don’t submit rubbish, though I may write it. I knew the piece had merit and sent it off to a bigger outfit.

Okay, well. I’ve been getting stories, essays, and novels published for seven years now, and in that time I’ve learned a few things. One, the only work that doesn’t get published is the work you give up on. Two, I’ve got a few outlets who’ll look at my stuff. Three, I don’t submit rubbish.

Third time’s a charm, so off it goes to another outfit I have absolutely no connection to. Couple weeks later, no word. Have to assume its been zapped and lies dead in the water.

Earlier this week I sent it off again, the fourth time casting. Within a day I get the good news: ‘We’ll run it.’

It’s a low-profile, academic site. It’s core readers are practically workmates and people retired from my profession or considering getting into it. It pays nothing, like everything else. So that’s not even a factor.

It wasn’t my first choice of a home for the essay or even my second or third. But it proves the rule, the hopeful commentary I read so long ago in the closing essay of a Time Magazine when I lived way out there on the edge of the world in Africa: ‘Every book that’s meant to get published eventually finds a home.’

And then there’s this. I can publish an essay a day if I want to, right here on my own blog. Nobody at all or everybody in the world can read it.

And there’s also this: I had another piece for a trade magazine the editors loved, until last November when the political wind swung toward chaos and the editorial board had to drop it from the lineup. A year later out of the blue I get word it’ll run in a collection of humorous non-fiction early next year.

The world keeps turning. Writers keep writing. And, we writers hope, readers keep reading and looking for material worth it to read. We keep looking for a home for our stuff, and the homes keep proliferating.

2 thoughts on “When Publishing Was Hard”