Manspreading.
Not in defense of the posture or those who assume it. The word’s as gross as it is misleading. I predict an EEO complaint in its future. File this word with mansplaining as a crappy portmanteau.

Votarama.
Actually, this whimsical-sounding act occurs when congress picks America’s pockets and probes our inner reaches for pork. Play the circus music and bend over, America: votarama is coming, and it hurts! 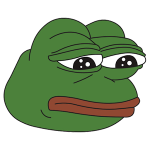 Libtard.
This is just unoriginal. It’s righteous pap and mistakenly assumes that left-leaning stupidity has no corollary on the right. Believe me, both sides spew some really dumb shit.

Cuckservative.
File the entire troll lexicon of the Alt-right under this category. Including ‘Alt-right.’

Foodie.
What does this pretentious self-designation really describe? A person who eats better? Smarter? More than everybody else? Someone who takes greater pleasure in food than the rest of us, or knows how to cook it? This word should be thrown out with the gloved hand of that greasy dude in the food truck serving overhyped, overpriced,  over-packaged food.

Selfy. Wiki. Google.There’s a whole bunch of digital-age lingo that should never have made it into mainstream usage. I’m praying for the death of the Washington Post’s ‘How to Adult’ series.

Froyo.
I’ll eat it, but I won’t say it. Also, just go get Dairy Queen.

Hackathon.
I don’t really know what this is, but it seems to have the same problem as votarama, taking a criminal act and turning it into something fun. And don’t get me started on Fish-Hackathons.

Listicle.
Again, I don’t know precisely what this is. If forced, I’d guess normal people would just say ‘list.’ In which case, why conjure the scrotarial imagery?